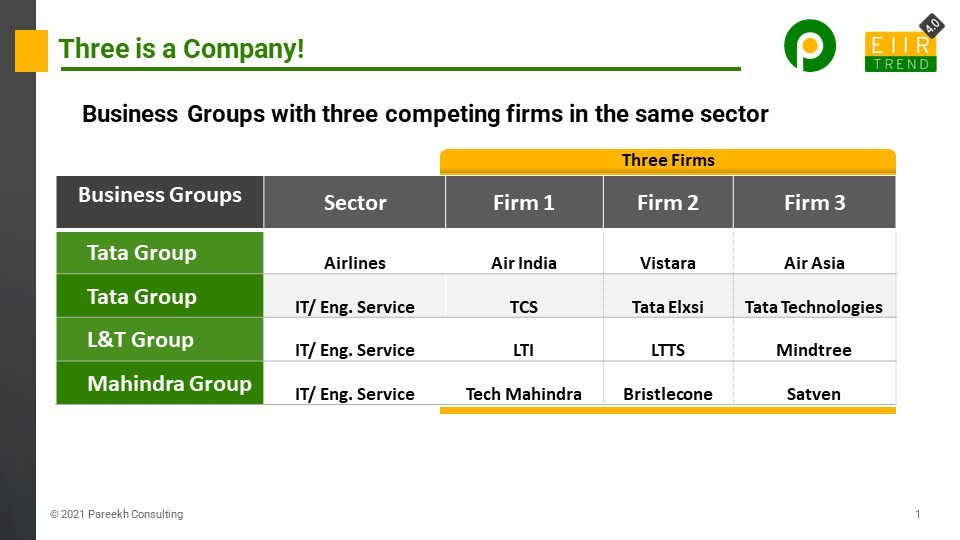 Many private equity (PE) firms have investments in competing companies. Baring PE has investments in Coforge, Virtusa, and Hexaware (now news of divestment). But PEs are financial investors, and they buy, transform and sell. They are not strategic investors for the long term, so they may want to avoid the pain and risks of integration.

For Business Groups or Strategic Investors, there is a rationale of combining especially IT and engineering firms

So why do some Business Groups maintain three different companies when combing together might be a rational choice?

Sometimes there are shareholder ownership and legal reasons so that firms cannot be combined, but most of the time, the reason is the value creation for shareholders. Will a combined entity creates more value or separate entities? That is sometimes a billion dollar question!

Will we see consolidation in Tata’s Airline and IT Businesses or L&T Group, or Mahindra’s businesses?

IMO it will depend upon the performance of smaller firms. As long as smaller firms are able to grow profitability faster than the market, there will be no hurry by Business Groups for consolidation. When growth slows down, and there is a downfall in P/E, then consolidation will become a natural choice.

In fact, if we see P/E of IT and engineering services firms now, smaller firms are commanding higher P/Es than larger firms. So combining smaller firms will, in fact, destroy value. The whole may be smaller than the sum of its parts! 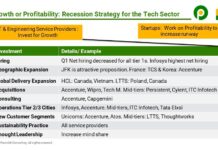 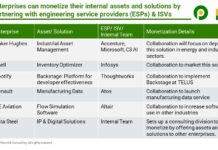 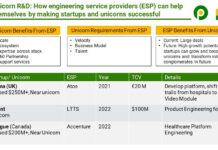